Resilience the ability to grit your teeth and overcome daunting obstacles with unwavering determination.

Resilience is the ability to kick it up a notch when things get tough rather than rolling over and letting life beat you down.

And resilience is the epitome of the old saying, “whatever doesn’t kill you makes you stronger.”

You may look at others and wonder how they were able to accomplish what they did despite the seemingly never-ending sh*tstorm life sent their way.

The answer is resilience.

Some people seem to have it, while others don’t. But the good news is that you CAN build resilience.

Today, I will teach you one simple mindset shift that will help you build resilience so you can stick to and achieve your healthy habits even in the face of adversity.

Resilience has everything to do with mindset. By shifting your mindset you can learn to bolster and build your resilience.

I want you to begin thinking of the process of developing new healthy habits as being similar to performing a science experiment. (But don’t worry if science wasn’t your favorite subject in school! No lab reports, white coats or goggles required.)

Hear me out here.

New healthy habits, and goals in general, are a lot like science experiments.

They are complex. It takes a while to get the results you want. And frankly, you might have some small explosions here and there before it’s all said and done.

This is because new habits, goals, and science experiments all require trial and error.

The trial and error process demands that we learn from our mistakes, make adjustments as needed, and try again.

That’s how new healthy habits are born and goals are achieved.

As you’re likely aware – forming new habits that you can consistently stick to long-term is one of the toughest things to do.

In this post I will discuss how approaching your habits like a scientist approaches an experiment can cause a shift in mindset that builds resilience, so that you can stick to your new habits and goals even when things get tough!

“Do not be too timid and squeamish about your actions. All life is an experiment. The more experiments you make the better.” – Ralph Waldo Emerson Click To Tweet

One of the things that I find the most fascinating about scientists is the mindset that they use when working on their experiments.

The primary job of a scientist is to solve big, important, and complex problems. For example:

During their career, a scientist conducts hundreds or maybe even thousands of experiments. And the truth is that more experiments fail than succeed.

So how do scientists keep from getting discouraged? How do they stick with it day after day and year after year to solve these huge, mind-boggling, and rather intimidating problems?

The secret lies within the mindset of a scientist – specifically in how they approach problems and think about challenges and failures.

There are three main parts of a scientist’s mindset that I would like you to pay attention to as we take a closer look at how scientists approach difficult problems.

They Seek Out Challenges

One thing that stands out as unique to me about how scientists approach problems is that they seem to be excited rather than discouraged by a difficult problem.

Most people tend to avoid difficult challenges because they fear failure. However, scientists actively seek out challenging problems, because they know that this is the only way they can learn something new and make an important discovery!

When scientists approach a big and complex problem, they don’t expect to solve it perfectly on the first try.

They go in knowing that they will have to work hard and put in lots of effort before they get the results they want.

Scientists understand that “failure” is simply part of the experimental process.

They know some of their experiments will not turn out as they expected – but they don’t even see this as a failure!

The reason scientists don’t see these unexpected results as a failure, is that they learned something new that can be applied to their next experiment. This gets them one step closer to solving their problem. While it may be slow, it IS progress!

By having this view of “failure” scientists are able to avoid becoming discouraged so that they can be persistent and resilient in their quest for knowledge.

“Success consists of going from failure to failure without loss of enthusiasm.” -Winston Churchill Click To Tweet

Going from failure to failure without loss of enthusiasm is the definition of resilience. This mindset when it comes to failure is what allows scientists to carry on with their work even in the face of setbacks.

They Keep An Open Mind

Finally, scientists keep an open mind when approaching an experiment. They go in with a theory, hypothesis (a best guess about the explanation to a problem), and a plan, but they don’t become too attached to any of these.

They are willing to change their minds and methods if the evidence supports it. This allows scientists to be flexible and to adapt and change their approach if necessary.

All three of these ways of thinking allow a scientist to be successful in making new discoveries. If they shied away from challenges, gave up the first (or even 100th) time an experiment failed, or refused to keep an open mind, it would be impossible for them to make any important scientific discoveries.

Now let’s take a look at how this scientific mindset can also be used to form new habits by looking at the mindset of people who successfully adopt new habits and stick to them long-term.

If you want to be able to stick to your habits long-term, approach forming habits with the same mindset and resilience that scientists use to approach their experiments.

People who want to successfully incorporate a new habit into their lifestyle must also seek out challenges.

They must challenge themselves to step out of their comfort zone, which can be scary, but is necessary for personal growth.

[Related: How To Make A Habit Of Stepping Out Of Your Comfort Zone]

One of the most common reasons that people give up on their new habits is that they are not able to recover after making a little slip-up.

As scientists understand that failure is a part of the experimental process, we also need to accept that slip-ups are a natural part of the habit formation process.

It is unrealistic to expect that things will work out perfectly the first time we try to build a new habit.

Instead, we should go in knowing that things won’t always go as planned, but that a little slip-up is nothing to panic or quit a new goal over.

By accepting that we won’t be perfect in our first attempt to form healthy habits, we will be better able to recover after a mistake and stick to our goals rather than giving up.

Approaching habits with this mindset sets realistic expectations about forming new habits which builds our resilience.

[Related: How To Overcome Failure & Achieve Your Fitness Goals – A Complete Guide]

Oftentimes when people start out with a goal, they already have a plan or method in mind to achieve that goal.

For example, let’s look at a case study.

Your best friend recently lost 30 pounds! She swears up and down that intermittent fasting is THE secret to shedding pounds in your sleep.

So, you take your friend’s advice and start your weight loss goal with all your hopes and dreams pinned on this intermittent fasting plan.

But you quickly find out that going without eating for 14 straight hours instantly transforms you into a raging psychopath with the crazy eyes to make small children and grown men alike tremble in fear.

So even though you are absolutely miserable you stubbornly try to tough it out with the intermittent fasting until you are literally tearing the hair from your scalp in frustration, before finally giving up.

My point here is not that intermittent fasting is bad, in fact it works very well for many people.

Rather, the point is that sometimes people get so fixated on one “best” way to achieve a goal, that they turn a blind eye to the enormous red flashing sign that reads, “THIS ISN’T WORKING!!!”

You might think that the best way to build resilience is to stubbornly cling to a plan that isn’t working until you can just “power through”.

But that isn’t how resilience is built.

It is true that resilience means sticking to your goals and not quitting. But rather than “powering through”, resilience is about ADAPTING and overcoming. About being flexible, creative, resourceful, and open-minded with your approach.

So if you’ve got a plan that isn’t working for you, that’s okay. Step back and take stock.

Realize that everyone is different. While intermittent fasting may have worked magic for your friend, that same magic may turn YOU into a heinous 7-headed monster with gnashing teeth.

Remember, there are MANY ways to achieve a goal. Keep an open mind and allow yourself to experiment with some of these other methods.

For example, maybe small nutrient dense meals throughout the day would work better for your metabolism. Or maybe a kickboxing class would help you shed those excess pounds.

Take the time to do the trial and error necessary to figure out what works well for YOU – your body, your schedule, your sanity.

It is always better to adjust the plan than to abandon the goal. Don’t get fixated on a particular plan.

By keeping an open mind you are allowed to tweak the plan as necessary so that you can be resilient and overcome those inevitable bumps in the road.

[Related: Learn how to tell if your plan isn’t working & how to adapt it.]

Adopting new healthy habits is a complex process which requires a great deal of good old-fashioned trial and error.

Resilience is absolutely necessary to keep from getting discouraged while working through these trials so that you can persist and successfully form new healthy habits.

If you want to build resilience to successfully form new habits, approach the process of habit formation like a scientist approaches an experiment.

I look forward to continuing the conversation with you in the comments! 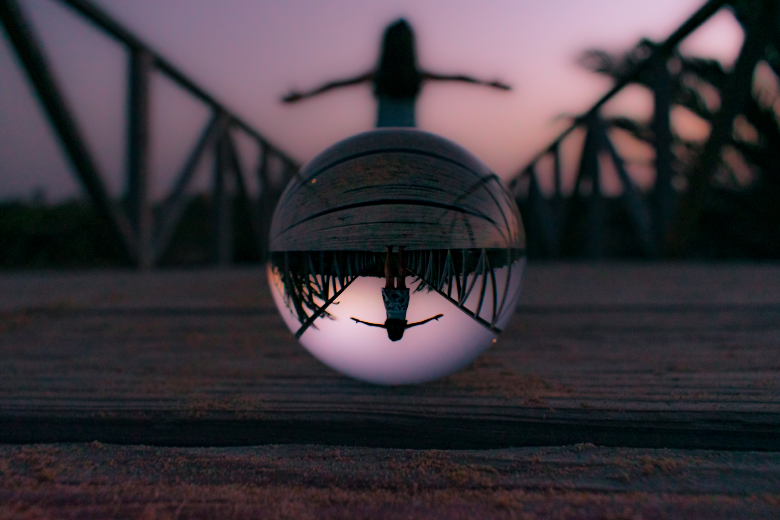 22 Limiting Beliefs To Ditch For A Happier & Healthier 2022 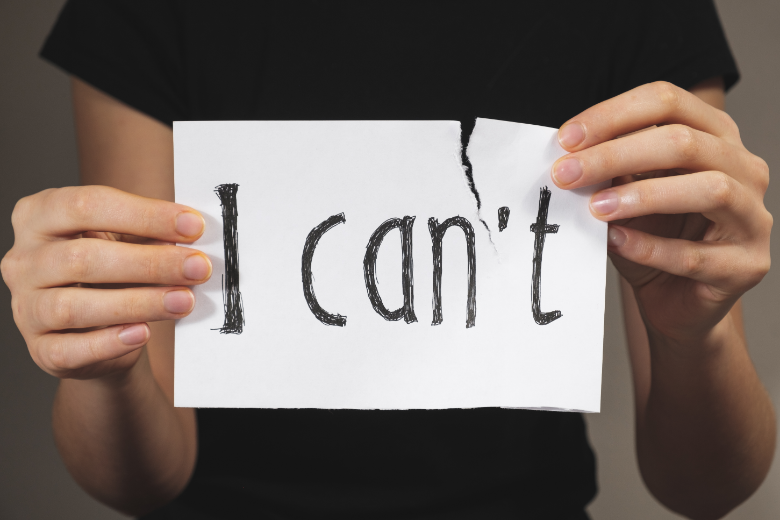 Overcome Limiting Beliefs With This Powerful Plan Of Attack 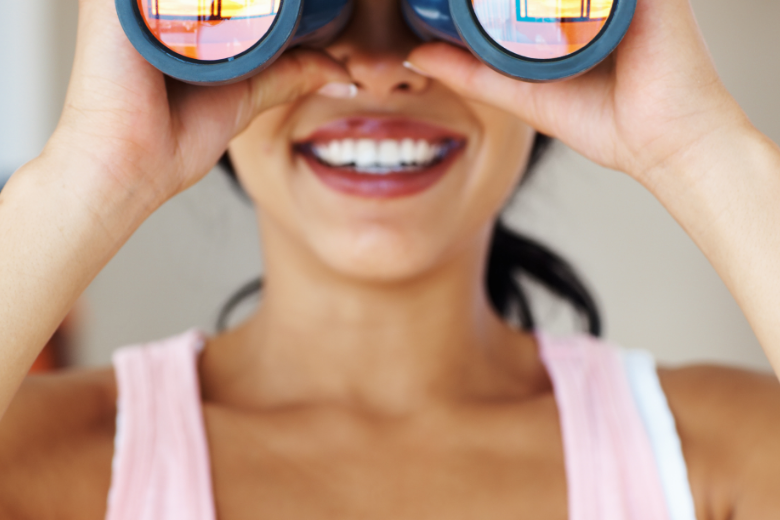 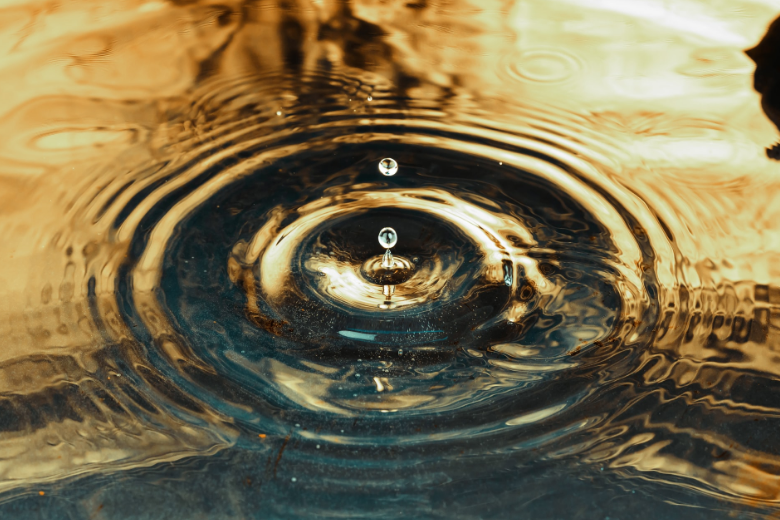